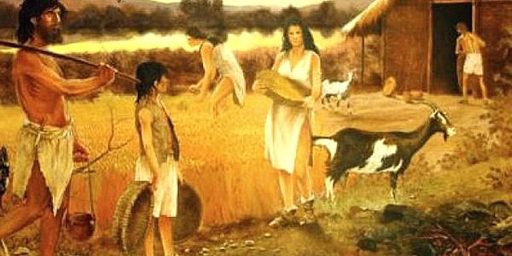 I’d like to take you on a journey through space and time in Imola’s streets.
I’ve got everything we need: a map of the city which I drew up in 1502, a flying machine and a wheel on which to move from one side of the city to another.

Let’s start our trip in prehistory: let’s all go to Monte Castellaccio in the Parco delle Acque Minerali. Now it’s the summit of a hill but once there was a Bronze Age village here. Imagine a dozen huts set out around a common open space with a fire and a large cylindrical hole as a warehouse.
How can I know all this? Let’s take a visit to the Scarabelli collection and go and see an important Imola scientist Giuseppe Scarabelli himself, the man who discovered the prehistoric village we’ve just discovered.

Continuing on our way, I can see a long road which crosses through the city from west to east, Via Emilia, from my glider. It was named after Roman consul Marcus Aemilius Lepidus who had it built around 187 B.C. It became one of the most important Roman roads and a number of cities sprang up along it including Imola which was called Forum Cornelii at the time. The forum was more or less where the crossroads between Via Mazzini and Via Appia is now. It was a city square where people met to talk about politics, business and religion.

There is also an archaeology area in Imola at Villa Clelia. It is the remains of an ancient necropolis – where they buried the dead – and the first basilica dedicated to martyr San Cassiano, patron saint of Imola.