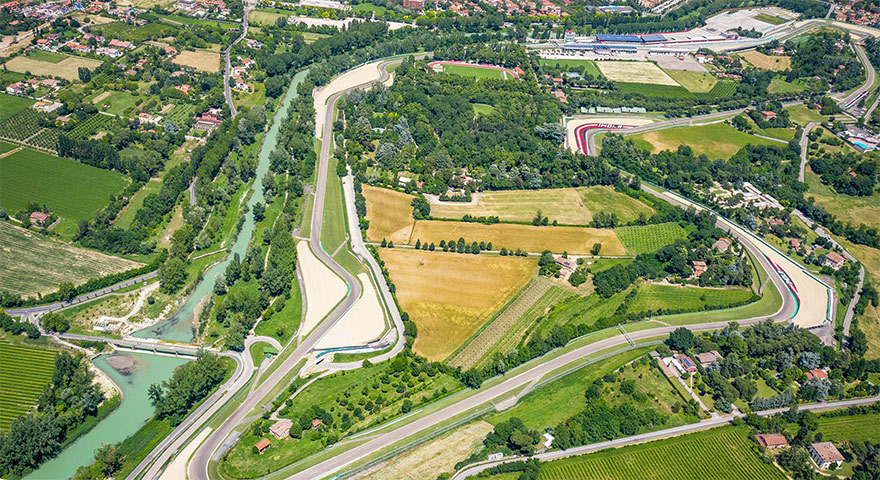 Imola and its inhabitants are the perfect example that the region of Romagna has the sound of motors in its ears and also running through its blood. In the post-war period racing fans improvised the first races along the town streets, with much enthusiasm and very little money. The big change came in 1950 when the dream of a real racetrack was finally realised; using the area enclosed between the right bank of the Santerno River, the Mineral Waters Park and the foot of the Santerno hills. The initial project was a 4-km track, which later was extended to 5 km. with the provision of a road that connected the Tosa Curve to the Piratella Curve. The track, 9 meters wide, comprised 16 bends with a radius varying from 36 to 6 meters for a total of 5017 meters. 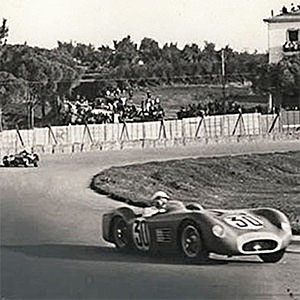 The memorable inauguration day finally arrived on the 25th April 1953 with the “Coni Grand Prize“” valid for the 125 and 500 Italian Championship and the National 250 Race. The following year the first “Gold Cup” motorcycle race and the Shell “Golden Shell” car race put Imola’s racetrack into the international spotlight.
At this point praise and compliments started arriving from all the drivers and there were also those who were already dreaming of a future for the Ferrari cars.

On the 21st April 1963 the Formula 1 Race arrived in Imola, but the race was of minor importance and the Ferrari didn’t participate, but an emerging driver, Jim Clark, won the race with his Lotus. The works continued and in 1965 the first covered tribune was completed in front of the starting grid. Even if the racetrack debuted in 1950, it’s in 1970 that it made its grand entrance into the sports world. The mayor and the city council entrusted the fortunes of the racetrack to the image and charisma of Enzo Ferrari, who named it after his son Dino, who had died prematurely. 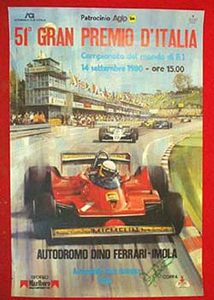 September 14th 1980 is to be remembered as a historic date: Imola hosted the 51st Formula 1 Italian Grand Prix, taken from the Monza circuit.

The following year, the predictable rivalry between the two structures was quickly resolved with the partnership between Imola and the Republic of San Marino. Since 1981, Italy has begun hosting two Formula One World Championship events each year, one in Imola in spring, called the San Marino Grand Prix, and one in Monza in September, called the Italian Grand Prix.
In 1988, following Enzo Ferrari’s death, as a sign of affection and gratitude that bound Imola to the Drake, the circuit was named after Enzo and Dino Ferrari.

Unfortunately this was not be the only mourning connected to the track, many others followed, until the most recent fatal accidents of Roland Ratzenberger and Ayrton Senna during the 1994 GP. Following these accidents the track underwent some important modifications to slow it down so as to ensure a greater safety to the drivers.
Two S curves replaced the spectacular but terrifying Tamburello and Villeneuve Curves and an emergency debris barrier along the pit-lane was added as an extra precautionary measure. 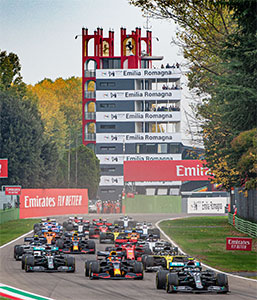 The following years saw the return of top-class motorcycle racing, first with the GP World Championship for a few seasons and then with the World Superbike series for many years to this day.

After the works carried out on the track in 2007, it was decided to focus on a wider and varied range of both car and motorcycle events. In more recent years the circuit has hosted a number of national and international competitions, including the World Touring Car Championship, the Italian ACi-CSAI Championships, the 200 Miles of Imola Revival, the Le Mans series, the CIV, the International GT Open, the Ferrari Challenge, the Motocross World Championship… topped by the fantastic return in 2020, after 14 years, of the Formula 1 with the event named Grand Prix of Emilia Romagna.

Ever since the 1960s, the facility has also been the venue of other major non-motoring sports and musical events. 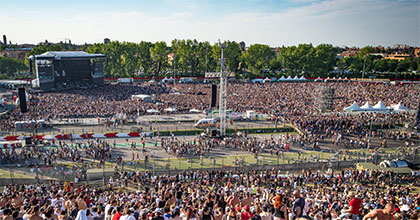 As for the musical scene, the Imola circuit was the setting of a festival that made the history of music, the Heineken Jammin’ Festival. For as many as 9 years, artists of international renown performed on the stage set up in the paddock, bringing hundreds of thousands of fans to line the banks of the Santerno river at each edition. Rock music was in the spotlight again in 2011 with the Sonisphere Festival and the rock feast culminated in the great performances of AC/DC in 2015 and of Guns N’ Roses in 2017.