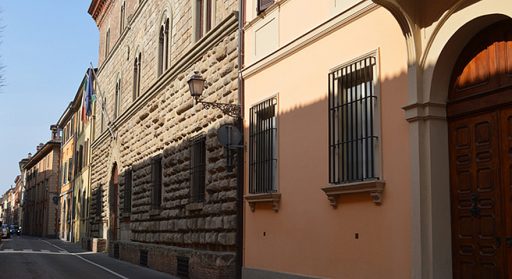 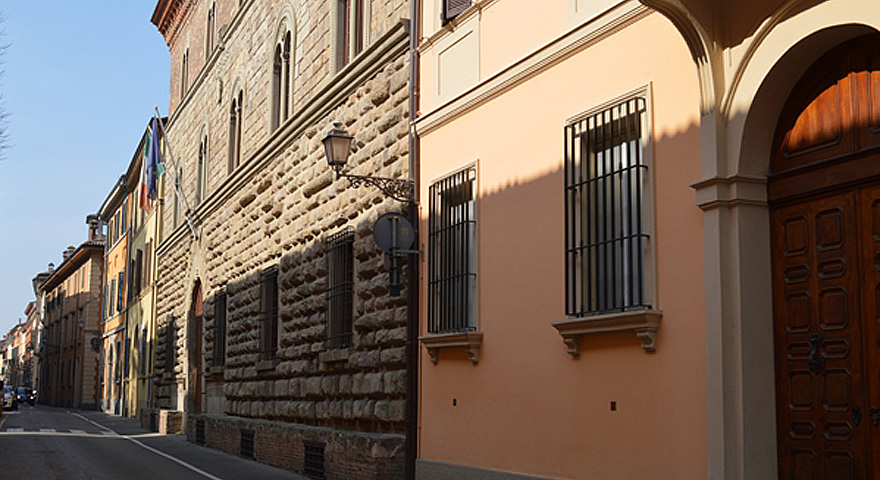 The Calderini family, who was at the service of the Riario Sforza family, commissioned Francesco Fuzzi to build a residence worthy of their social position.

The building clearly shows the Tuscany influence with the decorated sandstone facade and the ornamented twin-lancet windows facing the main road.

During the 16th century public acts were administrated and stipulated on the stone benches collocated on the front wall of this building. Untill the 2013 the building was the seat of the Courts of Law of Bologna.