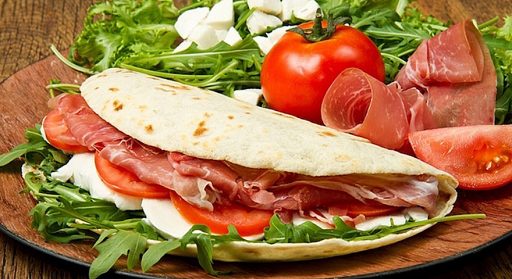 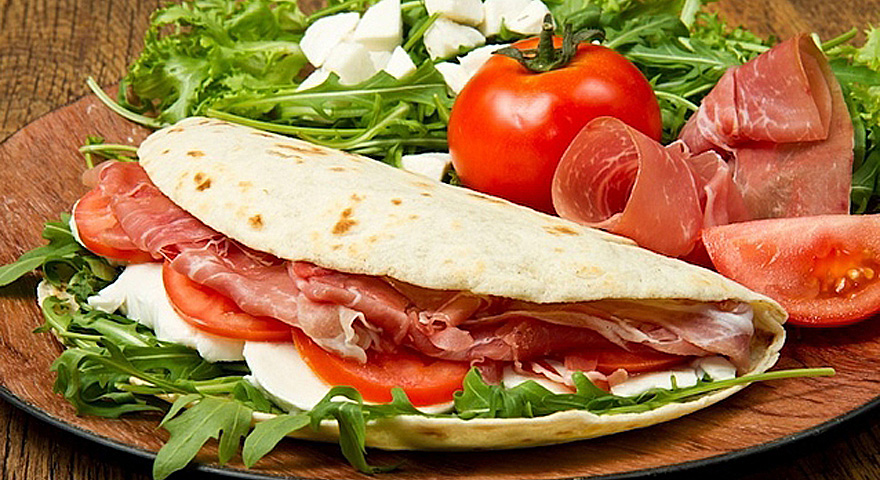 Piadina is the symbol of the region of Romagna. Piè, as it is called in dialect, is a type of flat bread made from flour, water salt and lard. Traditionally it was cooked on a hot terracotta slab. The piadina of Imola is slightly smaller and thicker than the one of the coastal areas. It is usually served with various cold cuts, soft cow cheese and rucola.

Cassone is a stuffed piadine with various fillings. Another product characteristic of this region is the crescente, a soft flat bread enriched with small pieces of bacon or rosemary. Finally we shouldn’t forget to mention the streghette, small crunchy rectangles made from flour, salt and lard. These are often served with white-wine aperitifs.