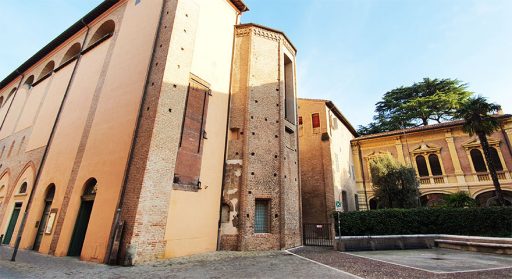 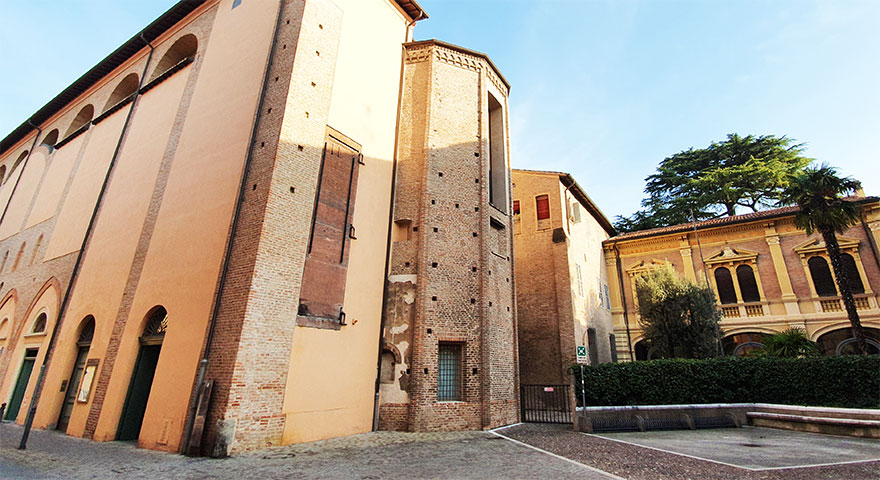 This is one of the most important historical sites of Imola. Built between 1360 and 1380 by the Franciscan friars, it was similar in structure to the Basilica di Assisi. It consisted in fact of a superior church and of an inferior one with just one nave and a large adjoining cloister.

The inferior church has recently been renovated and is now used for conventions and exhibitions. During the works fragments of suggestive frescos were discovered, especially in the apsidal area, representing the “Madonna del Soccorso” and Christ and the Saints.

The large superior church, whose apsidal area is well seen from the outside, was closed during the Napoleonic period and turned into a theatre in 1812 under the supervision of the architect Giuseppe Magistretti, and still today is the theatre of Imola.

The convent was gradually transformed into a public library, since it already contained a precious collection of books. The building was transformed through various works of expansion and reconstruction in the mid 17th century, especially following the designs of the architect Cosimo Morelli: the main staircase was built, and the fascinating Aula Magna was frescoed by Alessandro Della Nave and Antonio Villa.

The building hosts the Public Library and the Theatre.