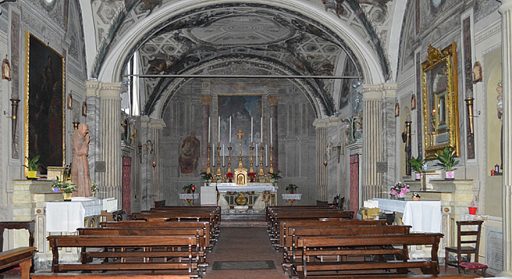 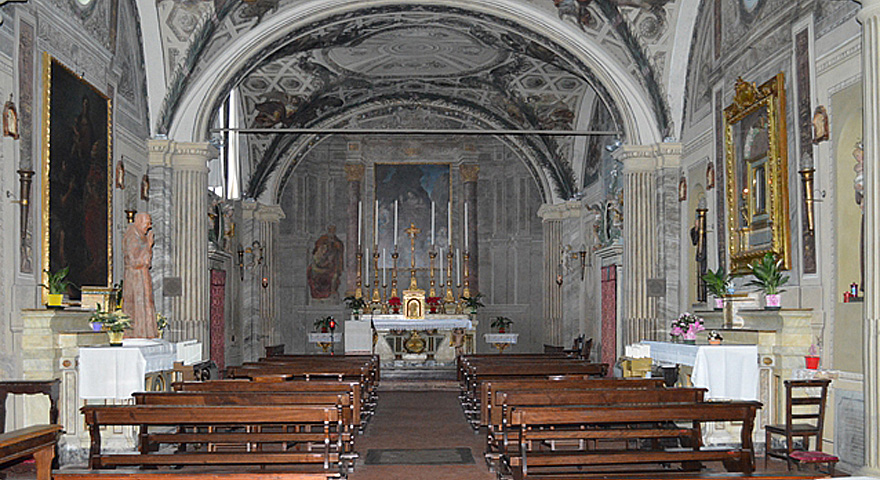 The history of this church is tied to the Order of St. John of Jerusalem of Malta who was all over Europe in the 12th century working in the hospitals.
Recorded evidence shows that even as far back as 1143 this was not just a church but a hospital which looked after the needs of the travellers and the pilgrims. This building underwent a total renovation in the 16th century, which closed the antique entrance and opened the new one still in use today.
Again during the 19th century the inside decorations were completed. The church still has a charming portal with coloured marble decorations bearing the coat-of-arms of Pope Paul III, dating back to 1541.